The goal of this project is to leverage real-time urban data to help New York City government and community organizations identify community-level response to the Covid-19 epidemic within a low-income neighborhood disproportionately affected by the disease, using Brownsville, Brooklyn as the study case.

COVID-19 is a disease resulting from the SARS-CoV2 virus, which has reached pandemic status globally, according to the World Health Organization. Among cities greatly affected by this disease, New York City is at the forefront. Businesses have been forced to shut down, increasing unemployment rates while decreasing access to essential services for many New Yorkers. Social distancing and stay-at-home policies have been enforced, fundamentally changing the social behaviors of New Yorkers.

Using publicly available data sources, the team will analyze social and economic impacts of Covid-19 on Brownsville to help city government and organizations identify these issues. Factors including transportation, public sentiment dynamics, and environment will be assessed. In collaboration with the non-profit groups Civ:Lab and Public Sentiment, the project team will provide analyses and visualizations to identify and map the specific needs of Brownsville residents impacted by the Covid-19 crisis. Project deliverables will include a website and report detailing the research findings. An additional memo, summarizing the findings for policymakers, will also be provided.

All data our team used for this project were collected from NY Open Data, NYC Department of Health, US Census Bureau, Twitter and NYU CUSP.

The 311 Data included all the requests and complaints of non-emergency municipal services.

MTA turnstile data counts entries and exits through the turnstiles for every subway station in New York City.

Twitter data includes the tweets related to COVID-19 across New York City during the pandemic period.

Grocery stores, air quality, parks and Trees data were all used in this project.

Ordinary Least Square (OLS) regression was used to determine the effects of urban factors on percent positive cases, rate of positive cases, and rate of death of Covid19 cases. The OLS regression was performed on three distinct categories of features to allow for better interpretability of features: occupation, transportation methods to work, and environmental, neighborhood factors. OLS regression allows for easily interpretable results and a means of comparison between the different features.

Temporal analysis focused on the period from March 1 to June 30 2020, compared against March 1 to June 30 2019 to see the impacts of Covid-19 on 311 and mobility. Spatial analysis used Geographic Information Systems (GIS) and geopandas to compare and contrast the disparities in environmental conditions and impacts of Covid-19 across Brooklyn neighborhoods. This included the percentage change in 311 service requests per zip code, the lowest level of granularity available.

Between the dates of March 1 and June 30, comparing 2019 to 2020, there was an approximately 7% percent decrease in the number of 311 calls made in the neighborhood of Brownsville, Brooklyn. This is consistent (although to a smaller degree) with the wider trend of a call decrease in the entire borough of Brooklyn (~10%), as well as New York City (~18%). Choropleth maps indicate that Brownsville does not stand out in terms of percent decrease, as there is an overall decrease in 311 calls across Brooklyn. 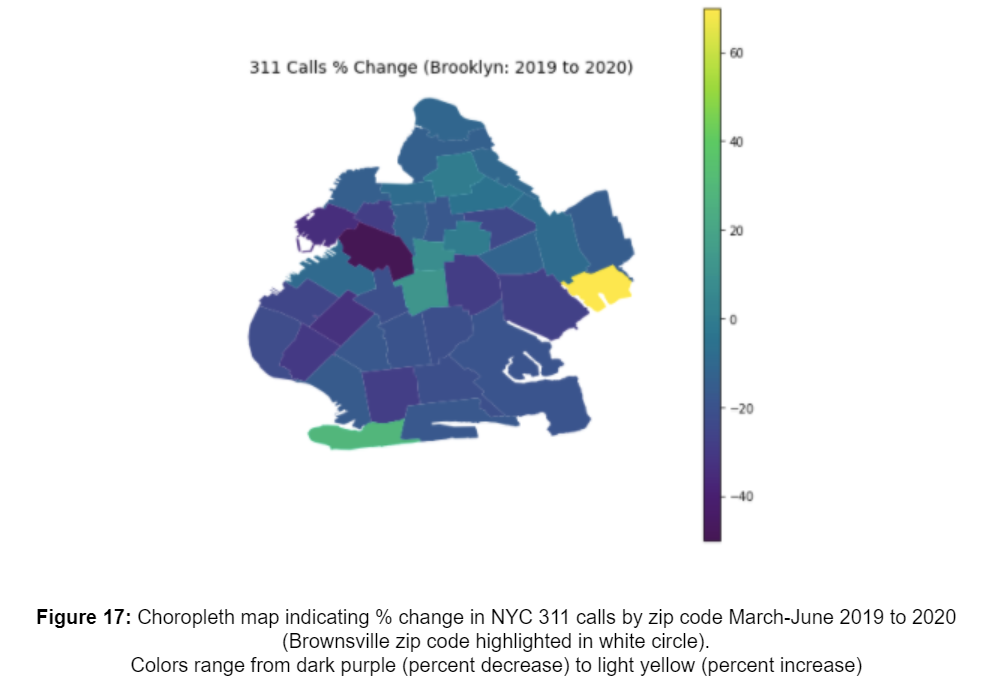 Time series analysis indicated that the trend of percent decrease in phone calls. Starting in June, however, the number of calls in 2020 increased quite drastically, correlated with the preponderance of fireworks throughout the city. 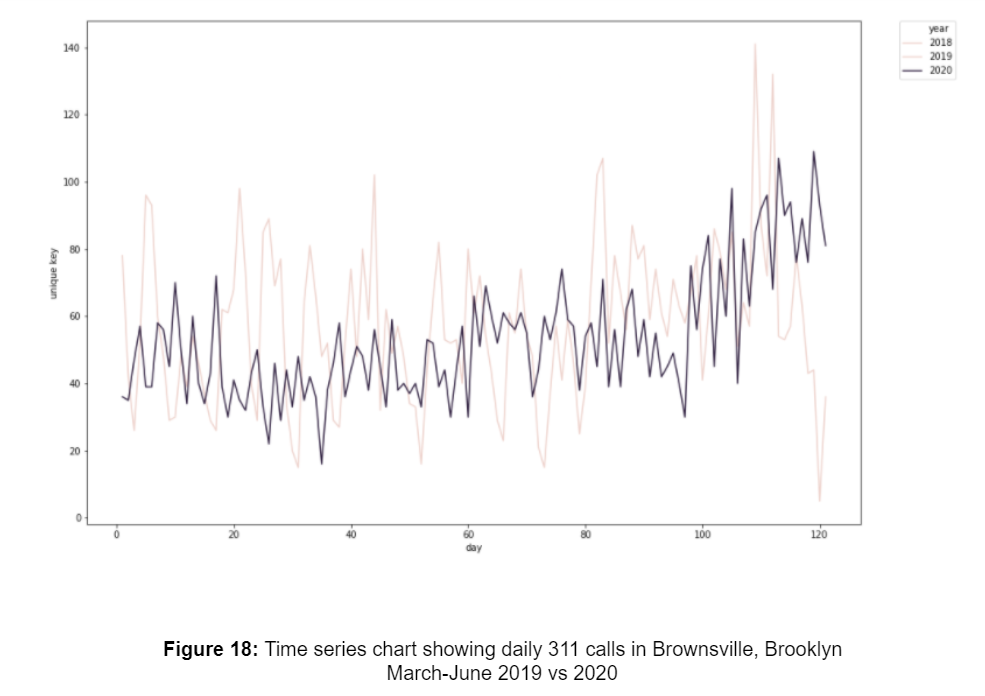 For Brownsville, distinct changes were observed in the complaint types, as well as the department meant to handle said calls. For 2019, the top call types included “Heat-Hot Water”, “Noise-Residential”, “Unsanitary Condition”, and “Plumbing”. For 2020, the number one call type was “Noise - Residential”, accounting for over 25% of calls. Additionally, there was the emergence of two new categories: “Non-Emergency Police Matter” (~15%), and “Illegal Fireworks”(~8%). 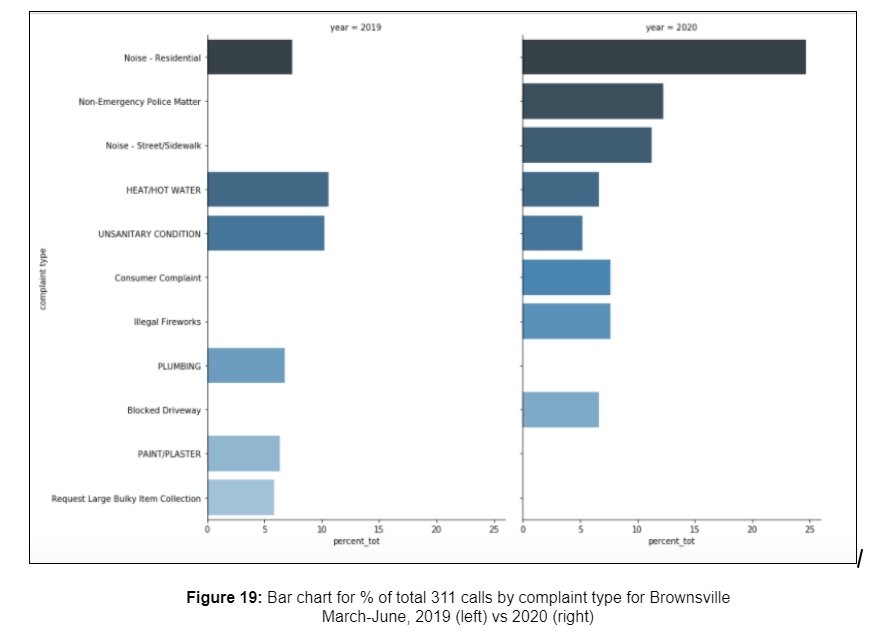 Noise complaints seem fairly self explanatory. The calling of police for non-emergency matters may be correlated with the rise in cases of Covid-19, as residents look to police departments for assistance with sick family members. Additionally, the spike in consumer complaints could potentially be correlated with the rise in “price gouging” among businesses for essential supplies.

These results also match the findings that the New York City Police Department (NYPD) responded to over 50% of all 311 calls in 2020 for the time period mentioned above. They were followed by the Department of Housing Preservation and Development (25%), and Consumer Affairs (7%). 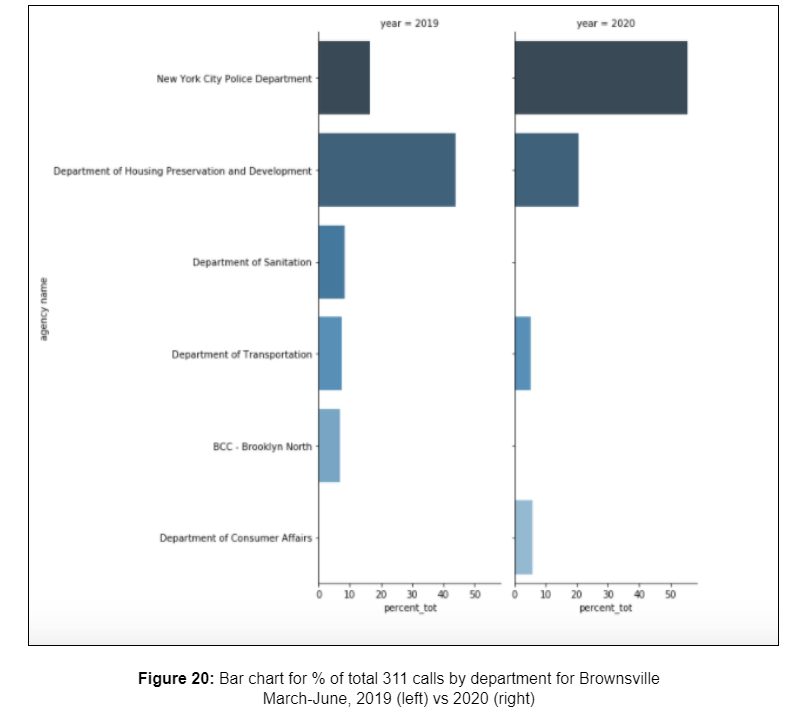 The geospatial visualizations reveal the disparities between Brooklyn neighborhoods and OLS regressions reveal the impact of different features on Covid19 cases. CD 16, which contains Brownsville, and CD 17, the community district most similar to CD16, have more cases, deaths, and greater percentage of positive tests than CD 6, the community district least similar to CD 16. The factors that are important to understanding these disparities are illustrated in the OLS regression results. 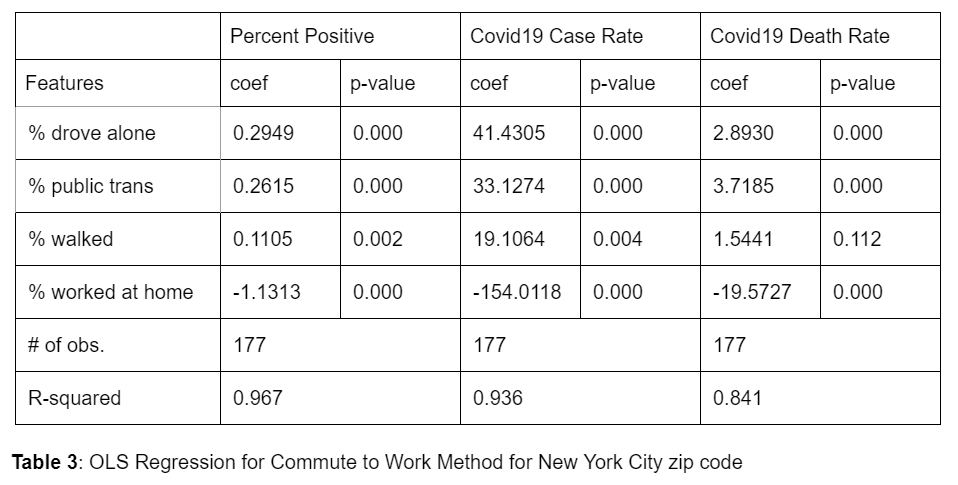 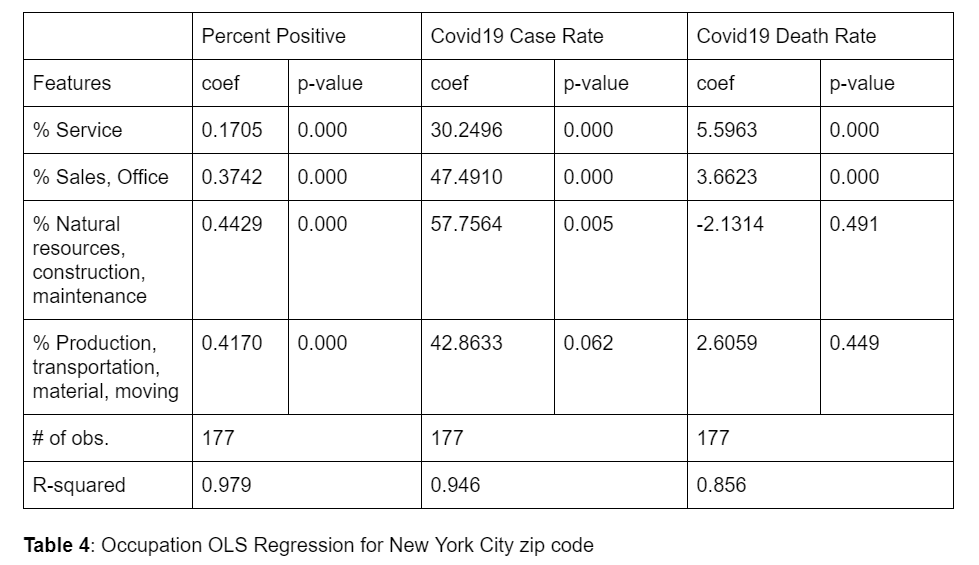 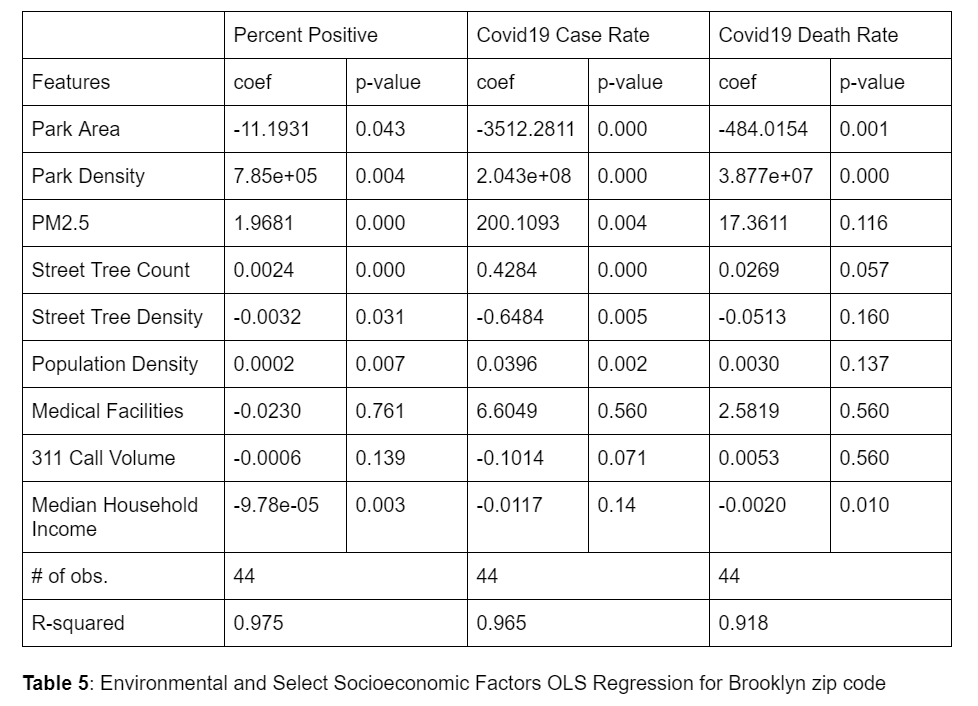 The transportation regression shows that working at home has a negative impact on all the analyzed features of Covid19 (percent positive, cases, and death rates), making it the most effective commute method to avoid Covid19. The occupation regression shows that service workers are least affected by Covid19, likely due to their status as non-essential workers. Essential workers like maintenance and transportation personnel show a higher chance of testing positive for Covid19. The environmental regression shows that median income of a neighborhood has an inverse relationship to the three features of Covid19 that were analyzed. Park space and density of trees also have inverse relationships to Covid19. Many of the environmental factors can be related to the wealth of the neighborhood, for example, wealthier neighborhoods have more access to parks, green space and medical facilities. 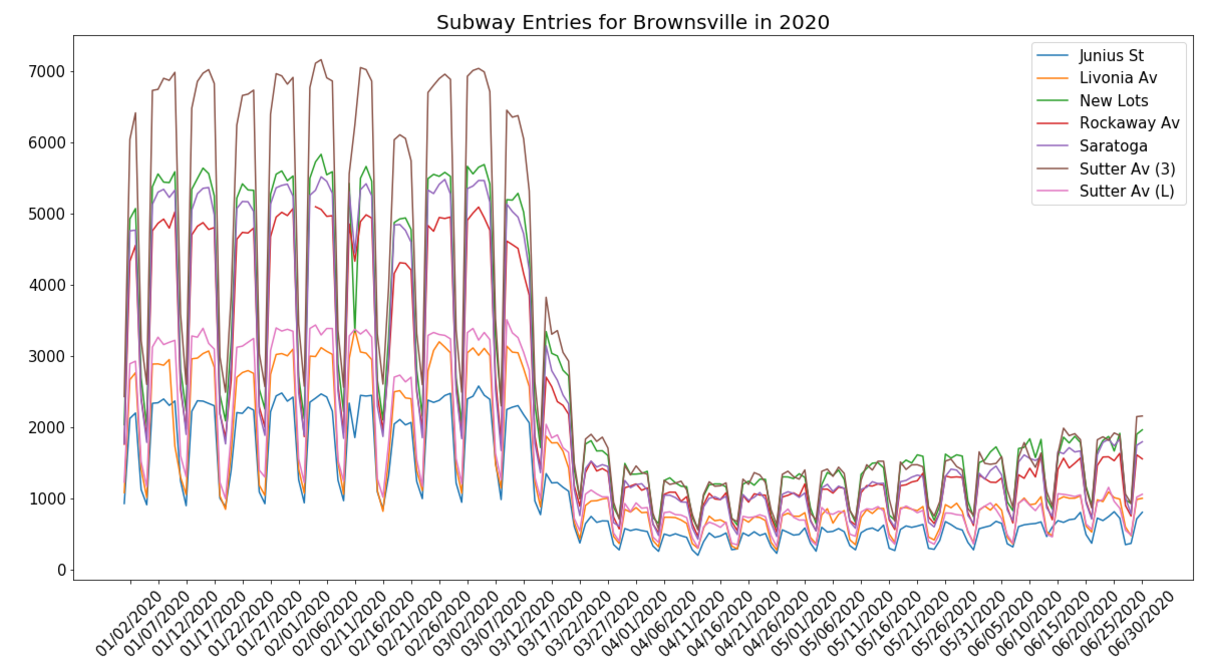 While the same decreasing trend can be observed in CD17 and CD6, the extent of decrease is different. The percent difference in ridership is quantified by comparing ridership of March to June 2020 against March to June 2019 for the three community boards shown in Table 7. CD16 and CD17, which are majority low-income, people of color communities, have similar COVID-19 cases and decreases in ridership, -51% and -55% respectively. This is in contrast to CD6 which has more affluent, white residents, significantly less COVID-19 cases, and a larger decrease in ridership of -70.5%. 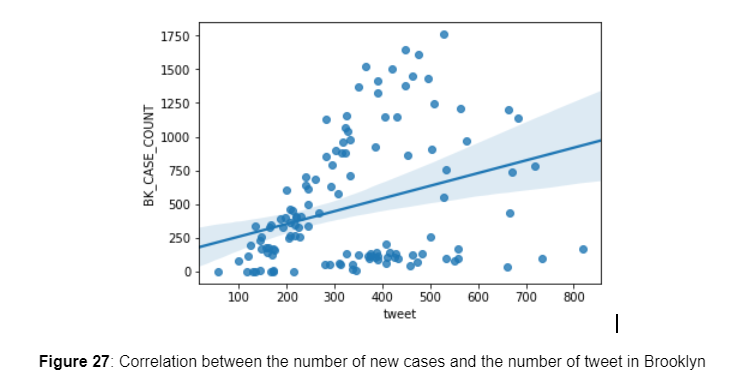 Figure 28 summarizes the number of top hashtags for Brooklyn. The hashtags related to search term such as #COVID-19, #COVID-19, #COVID, #Coronavirus and #Corona have been removed as these keywords served for data extractions. These top hashtags revealed some events or situations happening during the pandemic such as stay at home, quarantine, save the world, billionshields (a challenge that uses recycle empty soda bottles into face shields to against COVID-19) etc. 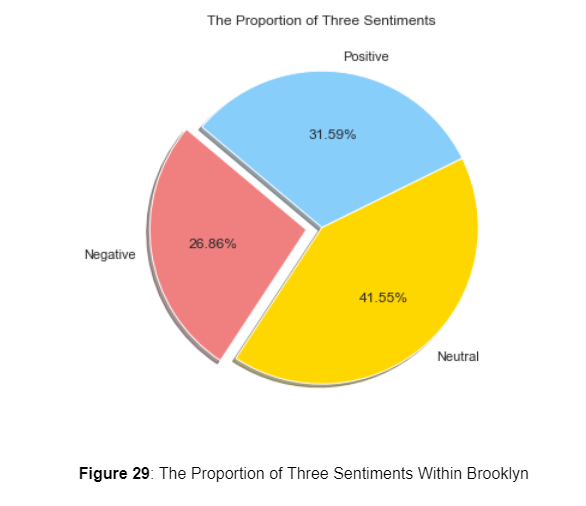 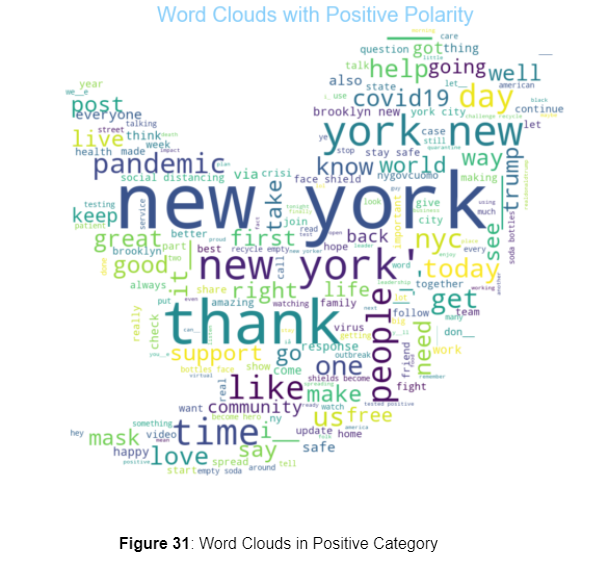 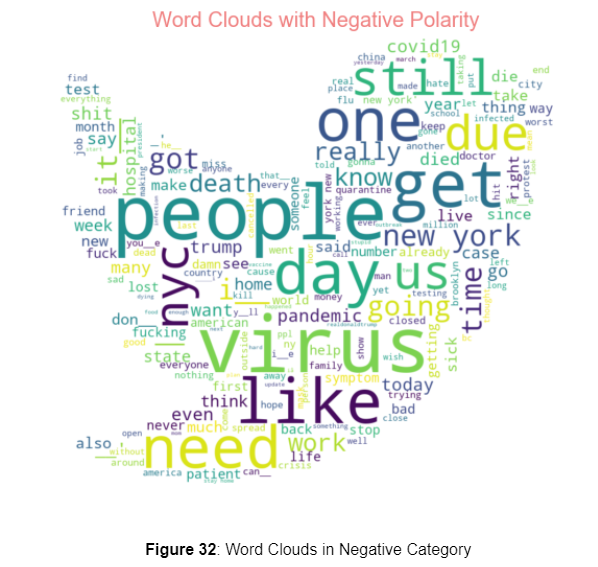 Figure 33, 34, 35, 36 represent the tweets analytical Insight of Brownsville. Though the amount of tweets is limited, the overall sentiment in Brownsville tends to be more positive. 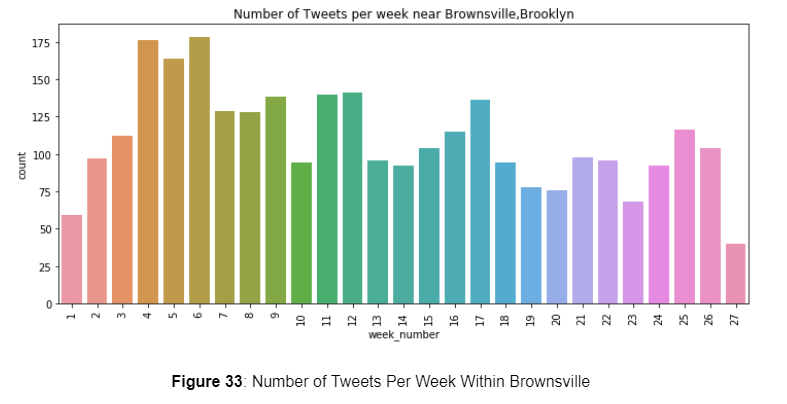 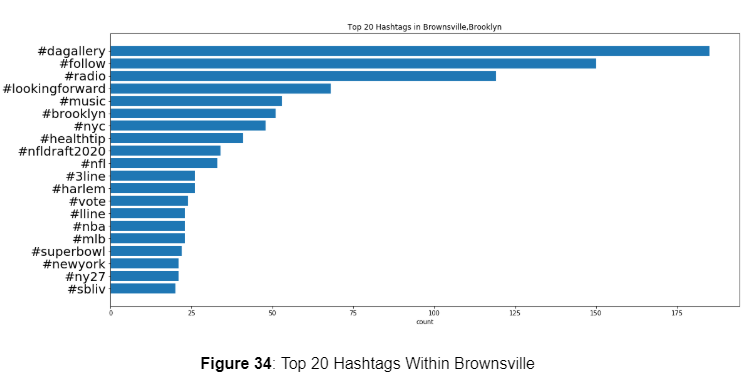 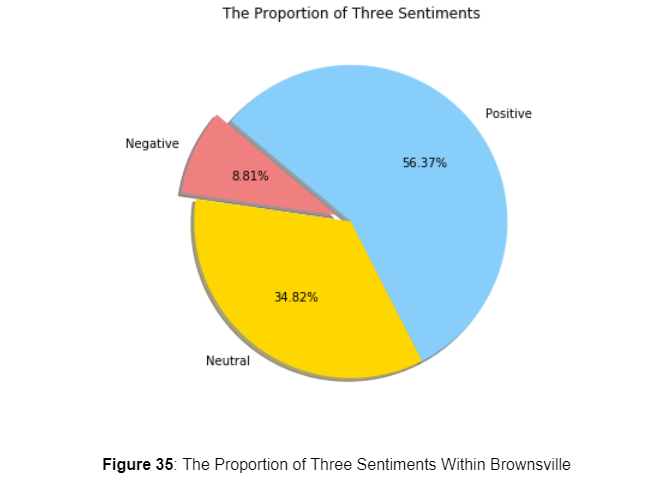 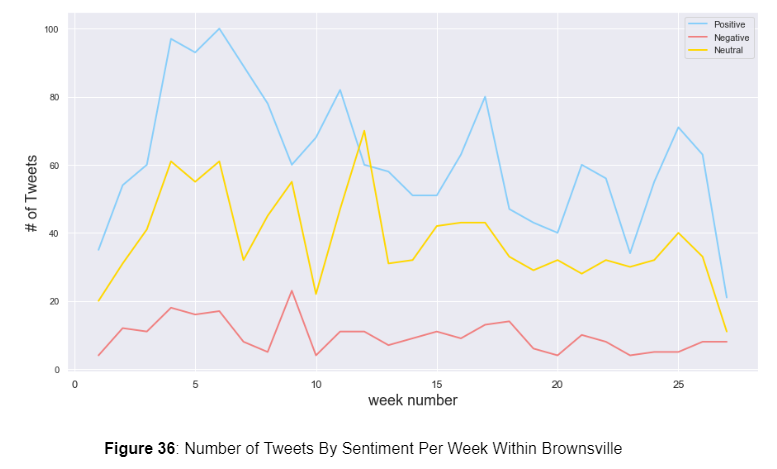 The results from this project supports many of the findings reported by the news and scientific community. Low-income communities of color are disproportionately affected by Covid-19, with more overall cases, more deaths, and a higher percentage of positive cases. The effects of Covid-19 are further exacerbated by transportation methods, occupations, and environmental factors like lack of access to green space and parks. Analysis of 311 shows a consistent trend of less use of government services, with residents shifting concern to noise and Covid-19 related issues.

Further research would entail studying 311 calls by time of day, and studying the content of each call for sentiment analysis and comparing it with Twitter data. For future Twitter data extraction improvements, the study can be focused on building a config based pipeline: a) crawl Twitter data by location/search-term two dimensions, b) after data collection, enable auto trigger the model evaluation and result forward. Furthermore, explore the possibility to construct the feedback loop based on the model evaluation results, which can drive crawlers to get more substantial data. Other avenues for future analysis can include economic data like regarding unemployment and small businesses.

Actions can be taken by individuals and the city to become more resilient to the effects of Covid-19. Individuals can follow CDC guidelines to wear masks and maintain social distancing. Employers should allow employees to work remotely and allow flexible work hours or staggered work schedules, only requiring employees to work in the office if necessary. The city can create more open, green space by expanding parks, opening streets for pedestrians, and planting more trees. Parks and sidewalks can be used as outdoor work spaces. The city can create a platform that allows citizens to voice their needs in real-time, allowing government agencies to plan and allocate resources for communities with reduced delays.

To know more information, please refer to our:

Paper: Socio-Economic Impacts of COVID-19 on Brownsville and Brooklyn Communities 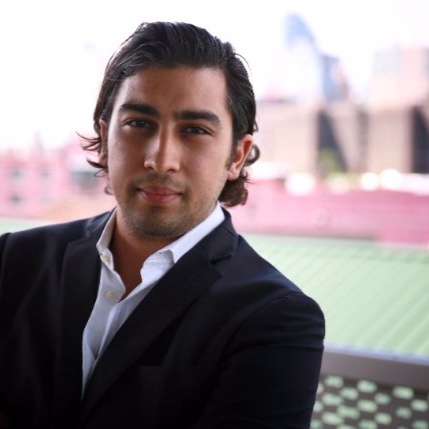 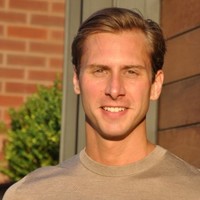 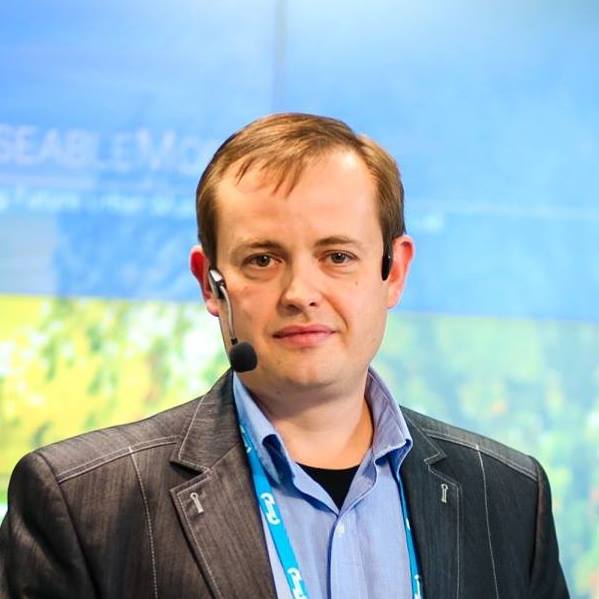 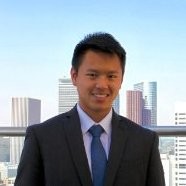 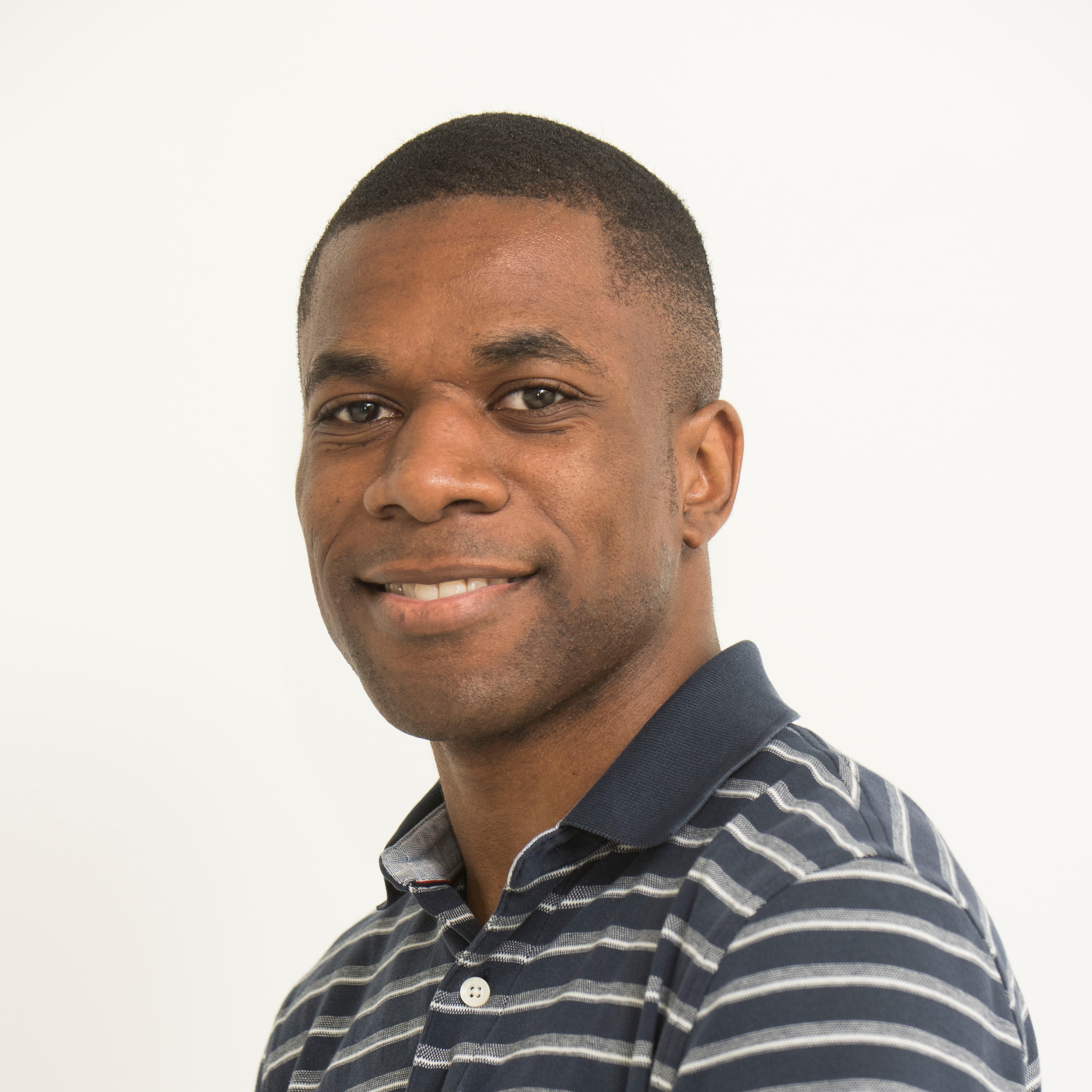 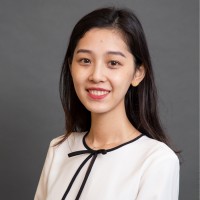 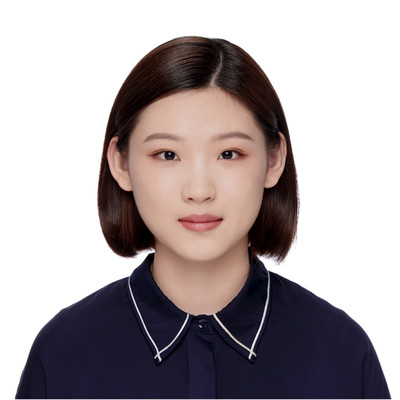 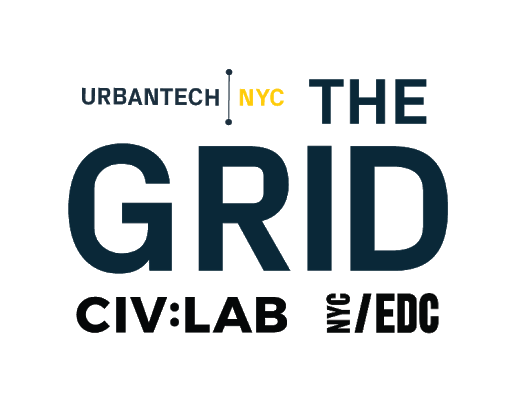 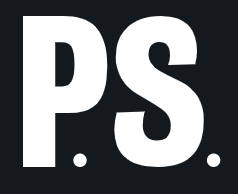